Although women continue to earn less than men, the gap is closing. The glass ceiling is crumbling as women push higher in education, earning more advanced degrees, and climb the job ladder to higher, even top, positions. Along with higher education and higher job titles comes more money and that’s what we want, right? For women, it’s fantastic to see the climb continue, but studies are showing this can lead to marriage problems which can leave heads scratching.

A recent study was done over a five-year span that compared divorce rates in all marriages versus divorce rates in couples where the woman earned more than the man. For female breadwinners, the divorce rate was 50% higher, now why is that? There could be two trains of thought. The man feels a threat to his manliness; this wasn’t supposed to happen. They’ve always assumed they would provide for the family but now he feels the roles have reversed, leaving him with less manhood. Secondly, a high-achieving female may view their significant other as a slacker. As she strived through college and her career, he glided on autopilot without much thought of advancement which can leave the woman wanting a man with some determination.

While this may “make sense” it leaves us wondering why? You would think that the couple should be pleased, more money is coming in, that should be something to celebrate. However, some of these problems may stem from old-fashioned thinking. Years ago, men were expected to provide for the family while the wife stayed home and cared for the home and children. Although this is no longer the norm as women strive for more, some men are stuck in this old way of thinking and can feel threatened because it’s changing. They may also be a bit stubborn and not accepting of the new norm. They may want their wife at home while she wants to be out in the workforce improving herself.

These mindsets can, and have, led to marriage problems so what is the next step to fix it? The women are the ones doing the right thing. They are improving on themselves, breaking barriers and achieving more than people 50 years ago even thought was possible. Their strive for equality is very close and in many cases they’ve pushed past equality into advancement. The men are the ones who need to change their thinking.

Instead of feeling threatened, be happy for your significant other, that she is achieving something she’s worked so hard for. Men can also use it as motivation, they may think “I’m supposed to be the breadwinner” and instead of thinking negatively, they should motivate themselves to work harder and push higher as women have been doing for years. We should be applauding these women and it should be leading to happier marriages. So keep climbing towards your goals and the men’s mind frames should begin to follow. 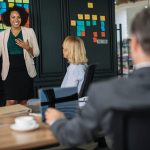 Women in Finance: For a Different Reason?Uncategorized 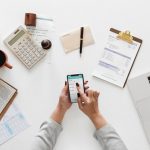 Time to Take Some ControlUncategorized